the urge to read through past entries

the urge to make everything private

the urge to delete

It's 11:09 on a Tuesday morning and I'm waiting for a doctor to come in and give me the flu. For money. Like, a lot of money. What is my life.

Three new teeth
Bike lawyer
Applying for grad school
Finding a new place to live
Dealing with an idiotic landlord
Being sued by said landlord
Managing a concert series
Booking next month's concert series
Going to a couple shows a week
Helping J. deal with a bed bug infestation
Being inherently miserable
Trying to recall my own self-worth and realizing I'm not doing all that bad
Attempting to stay current and relevant in everything I do

My friend Jessie wrote this a few months ago. I love it.

"Last night, listening to Yoni’s radio show, I felt like I was 16, 17, again, in the best possible way. Sitting in the dark of a quiet house, with everyone else asleep, and sipping whiskey, and listening thru my headphones to a late night DJ playing the best music, and the only other sounds I could hear were the occasional car driving past and the trains running thru town; like being a teenager and sitting up late when everyone else was asleep, drinking coffee and maybe surreptitiously slipping whiskey or brandy in it, and yeah back then I’d be tuning into some Milwaukee or Kenosha or Chicago station on my handheld AM/FM/cassette player rather than listening to an Internet stream on my damn smartphone, but it was the same feeling. That feeling of being only one of a handful awake, the few whose radios are tuned to the same station in the vasty American night, and it felt like a great secret, the DJ playing some songs you know so well and being happy that someone else knows them, the DJ playing some songs you’ve never heard before but immediately loved and they gave them to you like an aural gift, gave them to you and the other night owls who had to stay awake to hear just one more guitar chord, one more drumbeat, one more perfect fucking song."

I never really unpacked this time. I'd like to think I knew, but I might just be that lazy.

Here's to new beginnings (and not moving again in four months)!

Trying to move to a new house. For those playing along at home, it'd be the fourth place I've lived in the past year, not including the two weeks I spent between houses at J's place in South Philly.

Mashina - “Send Me An Angel”

The more things change, you know? It’s past midnight. Friday night. I’m lying in bed and listening to Mashina (משינה in Hebrew). And I just had this… well, let me explain. So Mashina is one of the best known Israeli rock bands. They’ve been around since the early 80s. Back then they sounded like Madness. Seriously, it’s straight up Madness worship. It’s amazing. Later albums were more Pixies-like. And after that it kind of goes downhill. Still, from 1984 to 1993, from the self-titled album to Si Ha-Regesh (שיא הרגש), they were golden. Or at least my adolescent self thought so.

I was five years old in 1984 and a couple years after that I started getting interested in music. The first two Mashina albums are some of the initial stuff I remember obsessing over. I don’t know where I got the tapes or even if they were dubbed or originals. I’m basically an only child - three half-siblings who are far older - and so I suspect that I might have dubbed the tapes from my friend’s sister’s collection. I would listen to those two albums over and over again. I was eight or nine at that point.

The only other album I remember being mine and not something I borrowed from my parents’ collection was some compilation of Disney-themed songs. You know, the kind where Donald Duck sings about going to the big dance and the Chipmunks are on some kind of vacation. I played that a bunch at the going away/birthday party my mom threw for me when we moved from Jerusalem to Zichron Ya’acov when I was 10. That’s a different story.

What I loved about Mashina and what I still very much appreciate about the band was just how clever they were. Sure, a large chunk of the tracks are the standards: heartbreak, friendship, loss, that sort of thing. But at the same time, they had songs about some really absurd and weird stuff. The video I posted, “Send Me An Angel”, is a plea not for a woman or whatever but for someone or something who can take him away from all this and bring him to a place that doesn’t suck as much. Everything is delivered with a heavy dose of Israeli sarcasm: the narrator knows that nothing is going to change but he figures there’s no harm in asking. And that video is ridiculous and fun.

Also: saxophone, accordion, keyboards, and lots of silliness. They had songs about zebras, people shrinking into nothingness, a secret agent who murdered the devil, and a thinly veiled and rather nifty punk cover of Bob Dylan’s “The Hurricane”. At the same time, they also addressed the Occupation and just how fucked the Israeli identity is with enough sincerity to appeal to my budding left wing politics. It was catchy and clever as hell and I loved it. Hell, I still do. That’s what started this post off, the memories of lying in bed late at night with headphones on and listening to Mashina. That started when I was nine or so and probably continued until I was 18. By that point my mom and I were living in the States. My father was still in Israel, where he would remain until he died about eight years ago. He’d send me music sometimes, basically whatever was popular with the mainstream youth at that moment. Even when I started getting into goth and industrial - I really didn’t listen to punk until I was 18 - I still had a soft spot for Israeli rock music. And the fact that I’m 33 now and still listening to this stuff is pretty emblematic of the fact that it never went away.

It's ten in the morning and I've been up for two hours. For a lazy bastard like myself, this is impressive. I woke up with J and didn't go back to sleep even after she left for school. Made some tacos for breakfast - rice, chickpeas, onion, sauerkraut, Brussels sprouts, salsa - and now I'm getting my shit together. I think today will be the first day I wear my leather jacket this year. I need to touch up some of the little bits of paint on it, old marks from years back. I also need to figure out a way to repair my kheffiyah before it gets more ripped. As much as I love running around in shorts and too-tight t-shirts, fall and winter are far more appealing fashion-wise.

Things at the new house have been okay. One month in and my room still isn't set up, but whatever. I keep on having promises of furniture that don't materialize. The promises and the furniture. I have a working record player for the first time in I don't know how long. It's a piece of shit but whatever. I look forward to rediscovering my record collection and maybe digitizing some of the rarer stuff.

I still haven't really figured my new housemates out. I mean, I have, I guess, and I enjoy hanging out with them, I just don't feel like they consider me anything but that weird older guy who doesn't hang out that often. It's not that I sleep at J's all the time, it's more that I'm usually out at shows or whatever. They've all known each other forever and their social circle extends very little outside of the house. I don't feel rejected; it's more that I don't feel included. There's a difference.

Plans for the next few months: finish my degree, find more places to exhibit my photos, make money, travel, organize, agitate, and fuck the world up just a bit more. I mean, in a good way, you know. Oh, and read more. I've been slacking. 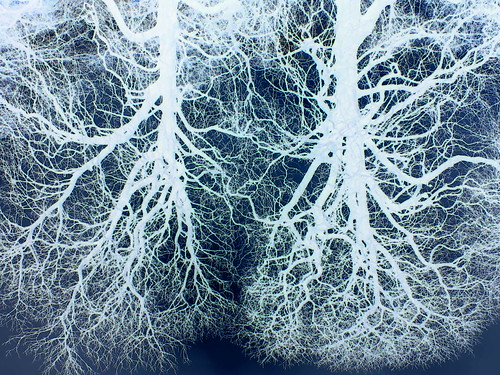